by BM Teams
in Blog
1

The Panic alarm system design is to help people in distress and emergencies. It silently sends a signal for help when there is no option to call. A panic alarm is useful in emergencies where a person needs to call for help without drawing attention. A perfect example of such a scenario is store robbery. Unlike banks and malls, small stores don’t have the infrastructure or financial backup to hire gunned security, which is why they are the leading targets of small-time miscreants.

And unlike planned heists, the miscreants involved in these kinds of activities are at the edge of mental breakdown, and one small mistake can send them into frenzy. A silent wireless alarm in this scenario is perfect. The hostage can try verbal negotiation with the attackers while silently sending a signal for help through the silent panic alarm systems.

What are panic alarm systems?

Panic alarms are also known as SOS alarms, duress alarms, panic buttons, and personal alarms. They are electronic devices that raise the alarm when a person is in distress. Traditional alarms are attached to a button fixed under the desk in banks, jewellery stores, or betting stores. 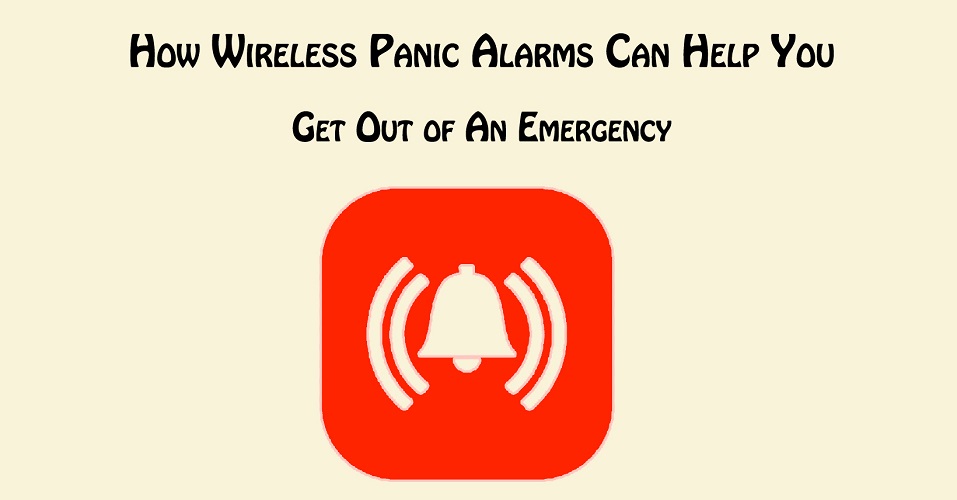 Read More: The Power of Simple Interest And Compound Interest

How does an emergency alarm function?

An SOS alarm has two components: communication and an activation system.

The activation system is the trigger which can either be a physical wireless button or a mobile application.

The communication system is the second half of the device which receives the distress call when someone presses the trigger to let them know of the situation immediately.

Where will the communication be received?

The communication will be received at the Alarm Receiving Centre (ARC), where information about the panic site will be gathered. Based on the site, the ARC will contact the relevant personnel to respond at the panic site as quickly as possible.

However, it would help to ensure that the ARC is accredited to perform such tasks and functions 24X7.

The security control center depends on the organization’s infrastructure. Typically, large organizations have centralized monitoring and control systems located either at a separate location or at a designated site within the organization.

Such security control centers have trained personnel who tackle the situation internally.

A non-security response center can be anyone who can respond to an emergency. It can be the HR, the admin, or the operation department.

Anyone who is given the responsibility of attending to an emergency can be the non-security response center.

Why should you have an SOS alarm?

SOS alarm builds a sense of trust and reliability in an organization. However, while monitoring is always useful, it can’t serve as the medium for an emergency.

On the other hand, a distress alarm is a perfect tool to help people in an emergency situation. It can quickly send the location of the emergency.

Every type of organization can benefit from distress alarms, and they are useful in a wide range of scenarios such as:

When should an SOS alarm be used?

An SOS alarm is much different from a general calling alarm. It should only be used in case of emergencies, such as:

If you are looking for a wireless panic SOS system that can be trusted in every emergency, then make a wise choice that is right for you.

The Power of Simple Interest And Compound Interest

The Next Big Debt Investors For Startups

How To Choose The Right Software Development Company

Are there any good Wedding Photographers in Gorakhpur

Solitaire Game vs Rummy – Which is the best card game to play?

10 Easy Steps To Build Your Own Airbnb Clone