by nitesh jha
in TECH
0

India’s third-largest information technology (IT) services firm, HCL Technologies Ltd on Friday appointed Roshni Nadar Malhotra as its chairperson. She is the only child of billionaire industrialist Shiv Nadar who set up the company in 1976. She has been appointed as part of a succession plan.

HCL Technologies announced on Friday that its founder and chairman Shiv Nadar stepped down from the role. His Daughter, Roshni, has been appointed as the new chairperson with immediate effect by the company’s board of directors.

However, the company mentioned in a statement that Shiv Nadar would continue to be the MD of HCL Technologies Ltd with designation as Chief Strategy Officer.

It is to be noted that Roshni came on the board of HCL Technologies in 2013 and was Vice-Chairperson. She will continue as CEO of HCL Corporation, the holding company for all the group entities. 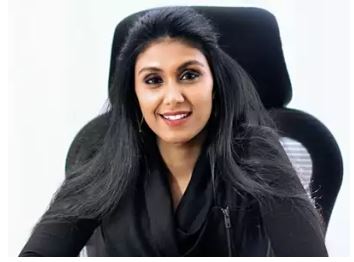 According to IIFL Wealth Hurun India Rich List of 2019, Roshni was ranked 54th on the Forbes list of the world’s 100 most powerful women in 2019 and is the richest woman in India.

She has an undergraduate degree in radio, television, and film from Northwestern University in the US, and later pursued post-graduation in business administration from the Kellogg School of Management.

A trained classical dancer, she is married to Shikhar Malhotra, vice chairman of HCL Healthcare. The couple has two sons, Armaan and Jahaan.

She is deeply involved in social work as a trustee of the Shiv Nadar Foundation, like her philanthropic father.