by BM Teams
in Press Release
1

While the world was witnessing, the dramatic loss of human life and paralyzed businesses amidst the pandemic resulting in indigenous people being hardest hit, Urban Skill on the other side introduced the ‘not so popular’ career option called “Domaining” and helped hundreds of individuals generate income through it.

Urban Skill launched an Online Course Series on “Domain Aftermarket Business” in the month of March, which is better known as “Domaining”. Accounting for businesses of nearly 470 million dollars, Domaining is considered to be one of the most profitable online businesses across the world. Domaining, in general, is the process of buying & selling premium domain names.

Domain Aftermarket is recognized as an online marketplace for buying & selling premium domain names. There are companies with domain reselling businesses and also many individuals register premium domains with an objective to sell. GoDaddy and Afternic are some of the most prominent platforms for selling & buying premium domain names. Urban Skill attendees majorly prefer GoDaddy Closeouts to buy domain names sell those on the Afternic platform. In general, an individual can buy a domain name for some 600-1000 INR which can be further sold for any reasonable price based on its quality and worth.

Following a structured process of learning Urban Skill has surpassed a record of having served thousands of people via its free Domain Name Aftermarket Online Course Series. Urban Skill led to the professional transformation of many helping them generate income with the least investment under the expert guidance of Hitesh Wadhwa (Co–founder of DN School) and Jay Paudyal (Founder of Urban Skill).

Grabbing the interests of many individuals, Domaining is a career option that allows you to work anytime and anywhere. The course is open to all the aspirants be it newcomers or beginners. With a total of 1200+ enrollments to date, we have 800+ learners who successfully passed the course and were awarded the course completion certificates. This course series to date included 50 Live sessions lasting for about 2 hours each on average.

Jay Paudyal, founder of Urban Skill while being interviewed said ‘’I have been into Domaining since 1999 when quite a few people were aware of it in India. It was only in the year 2010 when we organized the very first Domaining Conference in New Delhi that gathered people’s attention making it gradually known to others. It’s been five years from now that Urban Skill has been organizing offline interactive meetups on such topics but the global pandemic enabled us to organize the same on an online platform and this led to the idea of launching this free online course series. I being a domainer and a passionate individual enjoy surfacing talents”. 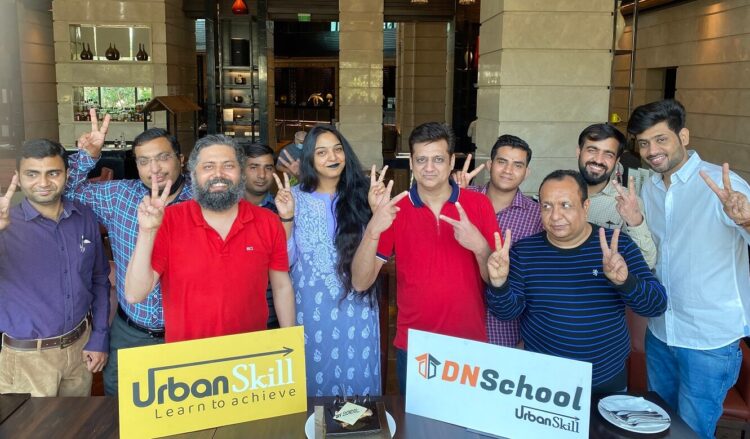 With a vision to promote constructive usage of the Internet, Urban Skill strives to demonstrate a successful learning and optimistic transformation of the individuals both personal and professional in its entire mission keeping in view the national and global public interest. We have attendees from almost every part of the country who joined us for the Online Course series and have also successfully implemented those under a dedicated mentorship of experts through social media groups.

With an objective to inspire, educate and transform the youths professionally, Urban Skill is an interactive learning platform that bringing together the trainers who help the learners in building a brighter and much more inclusive future. For more information visit www.urbanskill.com

Top 5 Tips That Digital Marketing Course Worth it?

Top 5 Tips That Digital Marketing Course Worth it?